Home Money and Investments You Are a Badass at Making Money 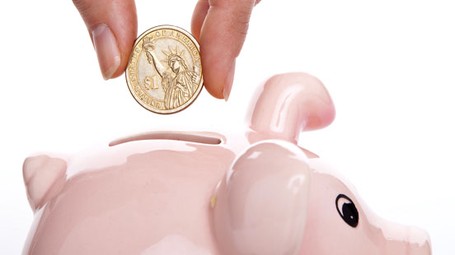 Jen Sincero is a successful coach who has helped numerous people improve their professional and personal lives. Her motto is "if I did it, you can do it too". She is the author of the famous trilogy of self-help books entitled You Are a Badass®, which made her world famous, and saw her become a New York Times bestselling author. Jen Sincero's style is unmistakable, and is characterised by her practical, straightforward, humorous approach to the topic at hand, and is full of examples and anecdotes, which she also draws from her own personal experiences.

To start earning more money, you need to improve your relationship with it

Amongst the range of taboo topics avoided by people in everyday conversation is that of money. It is difficult to talk about money, even between friends. "How much do you earn?” is one of those questions that are rarely asked light-heartedly, and that are often interpreted as being rude. People with little money are ashamed of it, those with a lot of money feel uneasy, and those who want more are looked down on by society and labelled as upstarts. Money is perceived as a means to an end that turns people ugly, rendering them slaves to profit, which sometimes sees them even renounce their own ethics. The figure of Disney's Scrooge McDuck or the miser Ebenezer Scrooge (the main character in Charles Dickens’ A Christmas Carol) are the first names that spring to mind when we think of a rich person. This is because, in our society, being rich is a concept often associated with a miser or a cold-hearted person.

To make money, however, we must first do away with the paradigm currently dictating our relationship with money. Money in itself has no intrinsic value - it is neither good nor bad - but it is a means by which to achieve your goals in life. The wealth that we all search for is more of a condition, as opposed to a set sum, that enables us to be satisfied with our lives, rather than complaining of not being able to do something. Put this way, money becomes a synonym for freedom and opportunity.

The key ideas of "You Are a Badass at Making Money"

To start earning more money, you need to improve your relationship with it

Changing your mentality will stop you from falling victim to circumstances

Become richer by changing your thoughts and words

Focus on your goal, whilst still remaining open to any possibilities that may arise, and the money will follow

If you don't know what you want, now’s the right time to figure it out because no one else will ever do it for you

You will only be able to achieve wealth by taking risks

You need to train your tenacity, determination, faith, and gratitude muscles to achieve wealth