Home Marketing and Communications You Were Born to Speak 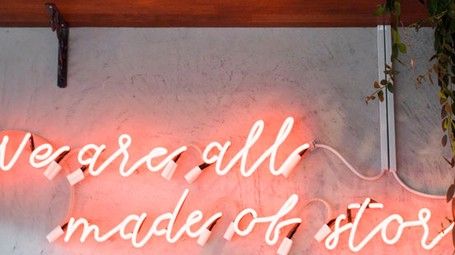 Richard Newman began to work as a communications technique consultant in 1995, after living for some time in a Tibetan monastery in India, where he learned the “secret” of non-verbal communication. He founded a consulting company in the UK called Body Talk, which teaches people in 21 countries around the world such as doctors, celebrities, businesspeople and sales representatives, how to successfully communicate in business meetings, pitches, presentations and speeches.

People need to be in the company of others to learn how to build relationships. So, communication is about much more than just words

Communicating means entering into relationships with others, and this cannot be done only by using words. There are many facts to support this statement: it has been demonstrated, for example, that spending an excessive amount of time isolated behind our screens has a negative impact on our communication skills. People who work remotely are not the only ones who are affected by this problem: this negative effect has also been observed in children who watch too much television and do not spend enough time talking with adults and their peers, as they end up struggling to express themselves correctly.

The fight for survival forced our ancestors to learn to communicate effectively. Tribes that gathered around a bonfire listened to stories about how their fellow tribesman won battles against a sabre-toothed tiger. By listening to these stories, they were able to learn tactics that could save them when they went out to hunt, and as stories were passed on, so the human species learned many tips and tricks that they needed to survive.

Yuval Noah Harari, in his book Sapiens: A Brief History of Humankind, explains that a lone chimpanzee is more likely to survive on a desert island than a single human, while a group of humans can thrive where a family of apes would perish and die. Human beings, in fact, possess a unique quality, in that they know how to work together in large numbers by communicating effectively. Chimpanzees can work together, but only in groups of up to twenty individuals, and only if they “know” each other. Bees can also work together in large numbers, but their communication techniques are not adaptable, and they are unable to react effectively to pattern changes. Humans are instinctively flexible, and this trait helps them overcome any problems that might get in the way of them working together.

The key ideas of "You Were Born to Speak"

People need to be in the company of others to learn how to build relationships. So, communication is about much more than just words

Communicating means entering a relationship with another person with one specific aim: altering the way the other person thinks and behaves

Knowing how to be in the company of other people is an important part of communication, whether you are sitting or standing, your posture must, above all, show that you are a human being

Before we had spoken language, we communicated via movement: ignoring body language reduces the efficacy of communication, and it is important to understand which movements are helpful and which ones get in the way of our message

Gestures reinforce your words visually and should be aligned with what you are saying, rather than contradicting it

However interesting the topic of your speech, presenting it with a monotonous voice is boring and inconsistent with your message

Telling a story allows us to capture our listeners’ attention, but we must remember that the speaker’s problem is not the one that needs solving, neither is he the hero of the story