Home Business and Strategy Your Next Five Moves 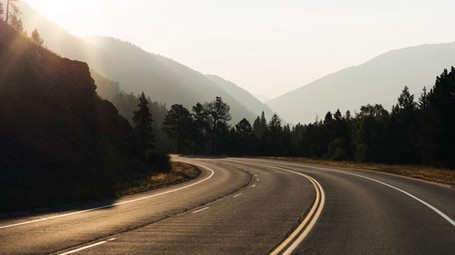 Patrick Bet-David is a successful American writer, mental coach, trainer, and entrepreneur of Iranian descent. After having worked as a financial advisor for Morgan Stanley, he is now CEO of PHP Agency, Inc., a financial services firm with over 8,000 licensed agents, in 49 states. He is the author and creator of "Valuetainment" on Youtube, which is considered to be the best channel for entrepreneurs, packed with motivational videos and interviews with successful people.

To be a winner, you have to act like a chess player

The world chess champion, Magnus Carlsen, became Grandmaster at thirteen. His ability to predict up to fifteen moves ahead gave him an enormous advantage over his opponents: first, Carlsen plays the game in his head, and then on the chessboard.

An entrepreneur and a chess player have many things in common. It is no coincidence that Elon Musk, founder of Tesla and SpaceX, started playing chess when he was still a child. His brother, Kimbal, has said that Elon has always been able to see things much more clearly than anyone else. A great chess player can pre-empt up to twelve moves ahead, and Elon Musk does just that.

However, this needs to be put into perspective: most people are unable to predict more than a couple of moves ahead. In this book, the author explains how to apply the vision and mindset of a chess champion to business. You don’t need to know the rules of the game: you just need to follow the example set by other men and women who conduct their business as if they were winning chess players.

To become a successful entrepreneur, you need to learn to predict at least the next five moves, for two reasons: the first is that five moves are enough to make sure you anticipate future results, as well as allowing you the space to see the opponent's moves and counter moves. The second reason is that there are five moves that you need to master to be successful in business.

The author puts his life experience – both private and professional - on paper, with the aim of helping other people to become entrepreneurs too, and to bring out the best in themselves. Born in Tehran, at the age of 9 he escaped the war with his family and finished up in Germany, where he lived for two years as a refugee. Subsequently, he emigrated to the United States and joined the military, until he became a debt collection agent at Morgan Stanley. After his resignation, he opened a consulting firm, helping companies to build their business. Today, he is very rich, and is a point of reference for anyone wanting to write their own success story, from scratch.

His personal story helps us to understand that even people not particularly gifted with communication skills can become successful. Furthermore, having an entrepreneurial vision can solve many of the problems that plague contemporary society.

It is not difficult to achieve ambitious goals, if you learn how to use these five moves to secure your success, in both your personal, and professional, life:

The key ideas of "Your Next Five Moves"

To be a winner, you have to act like a chess player

Knowing yourself is a journey that requires commitment and effort, but you must not be scared, because it is only through pain that you can reach success

The path to wealth: choosing whether to be an intrapreneur or a traditional entrepreneur

Decisions are never clear-cut: you have to learn to see the different nuances, and use reasoning to move forward, despite any uncertainty

To ensure your decision-making process is effective, you need to find the right method, as well as taking possible blips into account along the way

Creating a culture based on principles and the power of trustworthiness: people who are valued give so much more

It is not impossible to beat your “Goliath” as long as you learn to recognise your competitor, and take control of the narrative

Sales and negotiation strategies taken from the mafia