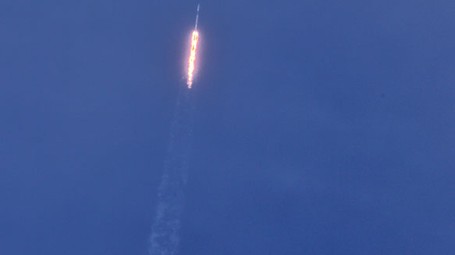 With a multifaceted career behind him in which he has played many roles: designer, art director, publisher and copywriter, Marty Neumeier has built up a wealth of experience that he wishes to share with his audience. This need to share what he has learned resulted in him writing Gap: How to Bridge the Distance Between Business Strategy and Design and Zag: The Number one Strategy of High Performance Brands. Zag was included on the list of the 100 Best Business Books of All Time by Covert and Sattersten. Today Neumeier spends his time running his Liquid Agency and as an author and a speaker.

In this era of overabundance, the key is radical differentiation

We live in an age of clutter and confusion: every day we are literally bombarded by new products, advertisements, and discounts, in a constant flow of news and information. Ours is an era of superabundance, and the only hope we have of freeing ourselves from the confusion is to separate what is valuable from the rest of the copycat products offered to us. That is why, these days, it is the truly innovative companies which impress the public, who survive and succeed in the long run: in order to thrive, you need to find your own direction, and when everyone is zigging, you need to have the courage to zag.

If we think about it, both consumers and companies are victims of encumbrance. Even if we just look at a newspaper, it is easy for us to find disorder and confusion caused by too much choice and a vast abundance of products: a good example is to compare the goods on the supermarket shelves in 1965, of which there were approximately 20,000, compared to the amount available to us today, which is more than double that number. When we look at today’s market, we can easily identify 5 types of clutter:

Rather than entertaining us, this constant confusion ends up frustrating us. In fact, despite an increase of over 75% in promotional messages, today the public is paying less and less attention to what companies have to offer: the only method the human brain has to try to manage the chaos is to block the flow of stimuli as much as possible. Instead of taking this into account, companies and brands react by increasing the messages, features, products and other confusion they send out. However, this is not the right solution in our rapidly changing world. Especially since for the first time in the history of the market, and because of the excess we are currently experiencing, the power to decide who survives and who ends up becoming extinct, now lies in the hands of consumers and not companies.

So we need a new definition of the word brand that includes a good reputation, genuine customer interest, and above all, that sets itself apart from all the confusion and clutter created by other companies, to capture customer attention and win their favour.

Not only is today’s cluttered market crying out for diversity, but it needs to be radical. Only companies that manage to set themselves apart from the rest, finding their own space in the market will have the chance to survive today, and they can do so by finding their own zag, meaning their differentiating factor, and building on it.

One of the fears that holds companies back from following their own zag is the fact that new ideas are often subject to harsh criticism when they first land on the market. However, this is not necessarily a bad thing, and indeed happens for the very reason that the product or service offered is new, and does not fit into any existing category that consumers are already familiar with and take for granted. A shining example of a zag that initially received criticism from the public, but which we all know today, is the famous BMW Mini Cooper: market research prior to its launch clearly showed that Americans wanted more SUVs and not a small car like the Mini. However, the creators trusted their intuition, and the rest of the story is out there for us to see every day on roads all over the world.

The key ideas of "ZAG"

In this era of overabundance, the key is radical differentiation

To find our own zag, there are three things that we need to do:

One of the key ingredients in creating a zag is focus

Differentiation is synonymous with success in today’s market

A zag needs to be supported by the right communication strategy

Maintaining our zag over time is possible, as long as we avoid crystallisation