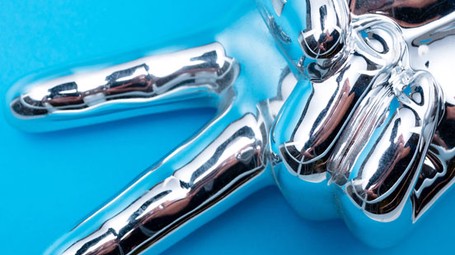 A brand is not just a brand: it is also a promise you make to the customer

The terms brand and branding originate from livestock farms: owners brand each of their animals in order to be able to easily distinguish them from those belonging to other farms. In business, brands also serve to tell two products apart that could otherwise be perceived as being the same, elevating the branded product in the eyes of the buyer so as to convince them to part with more money for it than they would for a non-branded product.

However, a brand is not just a symbol, a logo, or a word, but also a means by which a company communicates with a potential customer, making them a promise in a fraction of a second, which is also known as a “reason why”. For example, we all know that Geox shoes do not make your feet sweat because they have a “breathable” sole, and that Mulino Bianco biscuits continue to be made following their traditional recipes, with genuine ingredients. We know that the brand Patagonia is sensitive to environmental issues, so much so that they even offer a repair service for their clothing in order to avoid waste, and that an Audi is a car for people who have achieved a certain level of success in their life.

Now that the Internet has become a tool that everyone can access, and social media has spread on a large scale, the generation and sharing of information has reached levels never before seen.

For example, 8.5 million emails are sent every three seconds, and 35,000 new status updates are posted on Facebook, along with 4,000 posts and 25,000 comments, every three seconds. This exponential increase in information has been followed by an equally dramatic increase in the products available for a customer to choose from. For example, there are over 55,000 books published in Italy every year, but only 20% manage to sell more than 100 copies.

Meanwhile, the time people have to decide which brand to choose has decreased. To counter this dispersion, companies have multiplied the volumes and forms of advertising they use, which has also been possible thanks to the considerably lower costs incurred, due to the mass use of digital media. In order to tackle the problem, and get noticed by your customers, you must first understand how the minds of your potential customers work.

The key ideas of "Zero concorrenti"

A brand is not just a brand: it is also a promise you make to the customer

The marketing battle takes place in the mind of prospective customers, and this is where brand positioning comes into play

Brand positioning was originally for large companies, but today it can make a big difference for small and medium-sized enterprises as well

You can find your market, and become the leader, through brand positioning

To become the leader of your market, you have to define the context, find the differentiating idea, and test its validity